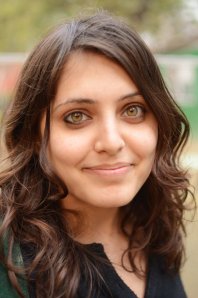 Maybe I’m not eligible to say this, but I’d rather voice my observations and appear silly, than live with the burden of not speaking up when I felt prompted to do so. So many people call Mohanji directly for every little thing, most of which have no depth or definite purpose. When a true bhakta calls from the heart, He appears anyway out of pure love and even gives Darshan in physical form (we have read so many experiences by devotees). 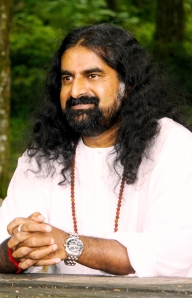 He’s the busiest of us all! Not a second is spent idle. He’s operating in multiple dimensions, saving lives, liberating souls, leading various beings to light. His bhaktas are in so many planes of existence… even though sometimes it may appear that He’s attending a casual function or cracking jokes with us. Again, we’ve had numerous testimonials of His non-physical, simultaneous seva and life-saving operations reported by devotees. A lot of these have even been blogged. It’s also true that He doesn’t just spend time with anyone. There is always a larger purpose than what we perceive it to be. Tradition paves the way for Him.

He is asked thousands of similar questions by emails, Facebook messages, but each time before most of us even realize what is troubling us, He posts it as a status message (where everyone gets their answers to their satisfaction and no one is left waiting) or as a blog post or a lot of times gives individual signs of the solution to everyone.

For Him all are One. All are Alike. All are pieces of God … and He treats everyone just the same with only the most genuine and the purest unconditional love… He is the incarnation of compassion who’s beyond duality. He blesses and loves even those who detest Him. He’s far beyond being conditional or having any expectations!

For Him All are welcome. So many times during important meetings and work-related matters, people keep coming to meet Him… and guess what? He STILL obliges all. He includes everyone in it. At the cost of His own time, his own working space… We have seen it so many times! In fact always! Because how can an embodiment of pure unconditional Love with no ego and only compassion discriminate? That makes it Our duty to respect His space… His guidance will anyway always come from within our hearts. Let us not forget, Our Guru is completely self-sufficient. It’s US who need Him and not vice versa.

Even when Mohanji was working as a CEO for a multinational in Muscat, he still replied to everyone, giving guidance to all, traveling worldwide, conducting satsangs and meditations free of cost, out of pure compassion. He’s never believed in selling spirituality. In days gone past, people practiced Guru Dakshina, giving back to your Guru in whichever way you can, whether it be in kindness, time, money, seva. Any way which suits your constitution.

There are people who just by taking His name, connect to Him and get everything. A lot of people have achieved the highest without even meeting Him physically, His consciousness gives us everything! Purity and Faith is all that’s needed to open up to His grace…Just living His teachings. Yet, as Mohanji says, people mail, call and message Him telling Him they want to meet Him but don’t move a finger to make it happen. Most of them fake it and then usually get busy with the worldly life and miss an opportunity to get Darshan of a living Master. Many are not even eligible to meet Him physically, but it’s His big heart, and compassion that He accommodates everyone. It is after lifetimes and lifetimes that we have got the blessing to have Him on the Earth.

Now what breaks my heart is when we see Mohanji taking everything upon himself and literally infusing life force into people who had no hope for the future, changing their reality by giving their life a higher meaning, by giving them the energy to face reality, to go through their karma when things get tough, His grace protecting them from storms of life like a stone shelter, releasing them from so many problems… and after receiving all that, they forget about His blessings and attribute this energy to random ideas about spirituality that they have picked up. I’ve seen many go through these positive experiences because of Mohanji and then say that it was their astral connection with their archangels getting stronger! Be aware! ALL exist WITHIN Mohanji. Without consideration of Guru Dakshina, and even after all that grace, they’re still confused as to who their Guru is!! 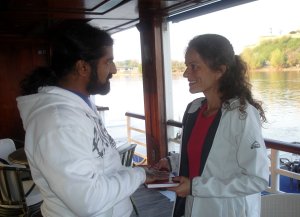 After Mohanji unconditionally gives everything, when it’s time to release His blessing in the form of time/seva/dakshina etc, people question, “Is He my Guru?” Ugh!!

I’ve seen Him take cancers on himself and burn them, incurable diseases on himself, people’s lifetimes of karmic trash on himself and burn it… In fact a lot of us have seen Him do that. He has to suffer that. His physical body has to suffer that, even if for Him it’s burning in just a few minutes/seconds, it does affect His lifetime on Earth. Yet once healed and cured, people find hundreds of excuses to forget this grace, let alone spread it to the world. Excuses like, “I wish to be in silence, I don’t like to post pictures of seva, so I don’t want to do the seva, I did a course on… the other day, maybe it’s that which is making me all spiritually tuned”.

And Guru’s grace is completely ignored. How we take His time and presence on the Earth for granted!

Those who are feeling the transformation and His energy will feel blocked if they’re not letting it out and contributing and spreading the love. I do so many times when I’m super busy and can’t do any seva. I feel stagnant because He is infusing us with His energy all the time and I’m not able to let it out and spread it. Those times I really pray to Him and try to surrender more and more… Those times, He always, always, always and always answers that internal call from the heart and the block is removed.

Those who cannot connect to His consciousness while He is in body will find it challenging to understand the path once He expands beyond His physical body. Mohanji is indeed a force… a force brighter than a thousand suns which you feel inside your heart… which will be ever so active even when He’s beyond His body. He doesn’t need a language to communicate to our physical presence nor us. All our thoughts exist within Him, so telling Him our plans is a silly and frail idea! 😉 Formalities and Being inauthentic with Him is deluding our own self! Full Faith or Zero Faith!

As He always says, being genuine is worth it! 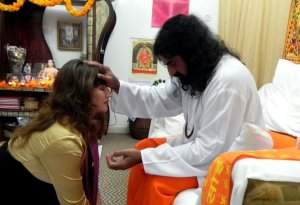 My life is an example of His unlimited grace. A recent example is me shifting to another city alone, with no job in hand, limited time & savings.. only in complete Faith. Since 2013 beginning, several changes started happening and I started feeling a strong urge to move out of the city- Delhi, I happened to share this with Mohanji and He completely supported the idea and blessed me. Mohanji asked me to stay at His Pune Ashram and take care of it. I tried to avoid it, but After Him repeating that strongly, I got His message and just went with the flow. Just like hat, He converted me into an Ashramite. We started meditations here. All He asked me to do was to be flexible. I had no expectations from Him (and pray to remain without expectations all my life), but I knew for a fact before shifting that His grace would get me a job soon. I was certain. Within a week I got the job as a senior fine art teacher in a good school, while the only opening they had was for a junior one! When I was given the official letter a month later after joining, my salary had increased than what they had told me during appointment! It was the exact salary I’d mentioned to Mohanji that was ok for me when I met Him in Delhi.  Another experience was yesterday during blanket distribution, which you can read here.

There is no dearth of devotee experiences where Mohanji is saving lives, liberating them, protecting them while being physically present somewhere else.

We are living in a time where everything intangible such as spirituality is ridiculed or condemned. Saints and holy men are crucified. People have become addicted to scandals, craving for it. Saints are disrespected. This is a clear sign of the decay of the society. Instead of using the teachings of saints for personal elevation, people destroy the guru principle in themselves by scandalizing saints and expressing ingratitude. Pretentious morality is more highlighted than valuable teachings.

Many people come for personal advantages. If they fail in achieving that, they go out and complain or scandalize. They contaminate the minds of people. Many people are prejudiced towards the saints due to the scandals the media has profusely published. There is a statistics that 380 hours was spent by media to cover the Shankaracharya’s scandal. When the court could not find any fault and acquitted him, total time spent for covering that news was 3 minutes! Hence common man is biased. They would not see the truth. They will only see the negative publicity!

Please forgive me if this was too honest, but the way some people pretend in front of the Master, wasting His precious moments on the Earth, is so disheartening that I just really needed to share this today.

This blog has been inspired by Mohanji’s message Time is Precious.

9 thoughts on “Importance of Mohanji’s Time”