As given in the quote above, Arpana Nazre had an unnerving experience that taught her to face life with courage and faith in the Guru. Our Guru Mohanji gently held her hand and protected her through this difficult experience, giving her the strength to deal with it. Read on about this alarming experience which shows us how Mohanji protected Arpana through this ordeal, showing us yet again, He is always with us!

This incident happened recently, when we shifted to a temporary location, since we were renovating our current home. We had moved to a house which unfortunately didn’t have a proper car parking space, hence we had to park my car on the street. Considering this was a main road leading to a residential colony, there was a lot of moving traffic. I had chosen a space diagonally opposite to my house, in front of an empty plot.  Within a few days, construction of a residential building started, and we saw a lot of building materials being shifted to the plot in front of which I had parked my car. So essentially my car was blocking their work. The workers repeatedly instructed us to move my car elsewhere.  We were unable to find a suitable place immediately. They expressed discontent over my car being parked in the same place.

That day as usual, I started for my office. Usually, I approach the car from the back, since my house is way behind from where my car was parked. I got into the car and started the engine like every day. As I steered the wheel and got moving, I could feel the wheels hitting something hard, and there was a loud sound. I immediately put on the brakes. By then, a labourer who was working close by, rushed towards my car window and started yelling at me – “Can’t you see that there is a machine here? You have broken my machine…” and so on.  I was stunned and wondered, ‘what machine?’  When I got into the car, there was no view of any machine. Apparently they had kept an iron rod cutting machine within a foot of the car, which was totally not visible from the driver’s seat. Now whether they had done it on purpose or not, I had no clue. As it was not visible, there was no way I could have seen it. After sharing my point of view,  I left for my office.

When I reached the office, I got a call from my mother, saying that the labourers had been creating a very big issue out of it, and had demanded money for the repair of the machine. I suggested we pay some money for the damages. A short while later, the labourers had started using the same machine, which they claimed had been damaged. Noticing this, my mother went up to them to check if the machine was working. They mentioned that they got it repaired. It was surprising that a big machine, which was damaged and needed repairs, was working within a few minutes after the hit. In my estimation, it should have taken them at least half a day in a city like Bangalore, for the technician to arrive and do the repairs. We smelt something foul here, but kept silent as we didn’t want further issues.

Later in the day, when I reached home, my mother asked me to park the car on the adjacent street,  to avoid arguments with the workers. I did as I was told and we forgot about the matter.

Next day, we had to leave for some work. My mother asked me to get the car from the adjacent street, while she locked the doors of the house. I went to get my car. While reversing the car, in the rear view mirror, I saw the same guy who had fought with me the previous day, standing there with his bike. The street was completely isolated, with no one there.

When I reversed the car, I saw that there were three more of his accomplices, and they surrounded my car. The main guy parked his bike blocking my exit from the street. I immediately knew this was turning ugly. At that moment, I just uttered Mohanji’s name. Before I could think of any action, these guys were near my car window, shouting and threatening me. Still in the driving seat, I called my brother-in-law who stays nearby, and asked him to get the police.  The main guy who created the whole ruckus, started shouting threateningly, that I could call the police and he was not bothered.

The situation was getting out of hand, so I got out of the car and confronted them head-on. Strangely, I was facing all four men alone, with no kind of fear or anxiety. I then started reasoning with him, explaining in a calm manner the way the situation unfolded. He still wouldn’t listen and was yelling at the top of his voice.

Suddenly, an old man (around 70 years) appeared out of nowhere and intervened, consoling the main guy who was creating a big scene in the street. Amidst this commotion, I remember seeing the old man keeping his hand on the labourer’s chest, asking him to calm down. Within a few minutes, this angry man turned around and abruptly left the street along with his accomplices. By the time my mother and brother-in-law reached the place, the entire episode had died down. 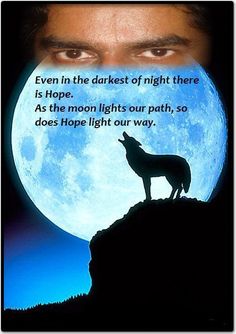 As this guy left, there was this strange kind of feeling within me, and I knew deep down that this man will not bother me again. Everything was over within a few minutes and the matter was resolved. I also noticed that I was strangely calm and composed even after this entire altercation. My mother and brother-in-law were thinking of filing a complaint at the nearby police station, but I knew that it was not needed and they would not bother us anymore.

My mom was extremely worried, since these guys work right opposite our house, and they can do anything at any point in time, considering she would be alone. They could even find ways of extracting money from us.

To our utter surprise, the man changed completely and wouldn’t even look at us. The same person who looked exceedingly agitated just a few hours ago, was quite calm, as if nothing had happened. It was extremely surprising to note that each day as we passed him, even if there was eye-contact, he showed no signs of enmity or anger towards us.

A few days later, I met Mohanji and shared with Him the entire incident. He listened and said nothing but one line – “Always remember – I am always with you, no matter what.” Even at that moment, my sleepy brain didn’t register something vital. Only while driving back home, I realized that the person who had come and calmed both the parties was none other than Him. How could I miss such a detail? It was no wonder that this person had suddenly calmed down, from his extremely agitated state to not bothering to look at us. To this day, that person is still working, but has not troubled us after the incident. This is nothing short of a miracle. Mohanji, in His most unassuming way, showed that He is with me, but never took credit for resolving the situation. Isn’t this a sign of a most elevated Master, who does His work, but doesn’t acknowledge or take credit for it?

There are no words to describe the stature of such an elevated Master. All I know is I am extremely blessed to be under His umbrella, for which I know not of any merits in this lifetime. A Sathguru is always protecting His disciples, through rain or shine. It is for us to see His grace, protection and blessing in every situation of life. Or we might miss the whole point. How can I express my gratitude, for such grace and protection? All I can do is share His leelas, so more come under this protective umbrella of our Guru, Mohanji.

Koti koti pranams at the holy feet of our Master – Jai Mohanji.

Disclaimer:
The views, opinions and positions expressed by the authors and those providing comments on these blogs are theirs alone, and do not necessarily reflect the views, opinions or positions of Mohanji, Mohanji Foundation, it’s members, employees or any other individual or entity associated with Mohanji or Mohanji Foundation. We make no representations as to accuracy, completeness, timeliness, suitability or validity of any information presented by individual authors and/or commenters on our blogs and will not be liable for any errors, omissions, or delays in this information or any losses, injuries or damages arising from its display or use.

One thought on “The Unseen Ring of Protection”