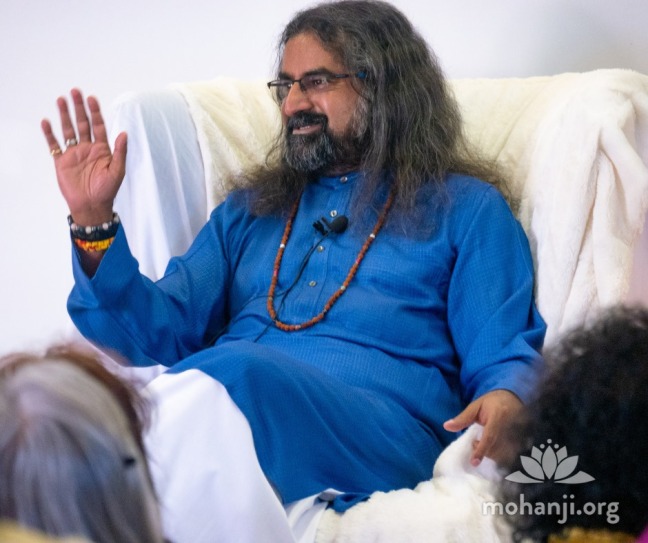 Here are two blogs by Dr. Nikita Naredi and Namika Keshri. The two beautiful experiences show Mohanji’s presence without presence and the energy that we carry by being connected with him.

I am sharing an incident with you all which only reaffirms the love Mohanji has for his devotees. If you are connected to him and completely surrender to him; you don’t need to worry about anything.

Being in a transferable job, we have been staying in a rented apartment for the last 3 and a half years in Pune. Mohanji has visited this house physically when we had just arrived in Pune and twice after that. We love this house and have many times considered buying it too, but due to some new developments, it couldn’t be done. The owner of the apartment had confirmed that we could continue to stay here till we had to move out on a transfer again and this was a big reassurance for us.

Two days back when I returned home from work, I found my husband Amit and my daughter Antara perturbed and anxious. They said there was some ‘not so good’ news for us. They told me that the owner had called to ask us to vacate the house in the next three months as he wanted to sell the property. My daughter’s exams were approaching and shifting to a new house for a year and again shifting to a new place next March (due to the imminent transfer) seemed a daunting affair. I was standing in my bedroom and I was facing Mohanji’s picture when we were conversing. I just looked at His picture and said: “It will not happen”.  Amit and Antara found my reaction very awkward.  I said Mohanji will take care. I told them I will speak to the owner that night and request him again. I called him in the evening and explained the circumstances to him. He said it was difficult but he promised to speak to his lawyer and get back to us. I was still very calm, unlike my usual self. On the contrary, Amit was worked up thinking of shifting in the next two months.  I had reconciled to shifting too if Mohanji desired so.

Next day, our landlord called us up late in the night and said he had spoken to the lawyer and that his financial crisis could be sorted out differently. So he need not sell the property immediately.  He reassured us that we could stay in the present apartment until we were transferred out.  Antara and Amit were jubilant on hearing the news and I was calm again, not reacting at all. They were again amazed.  I said, “If I did not get disturbed yesterday, why should I be happy today?”

It is his grace which makes us sail through all hurdles and obstacles.  Not only does he bail us out of disturbing scenarios but gives us the strength to face them if it has to be. 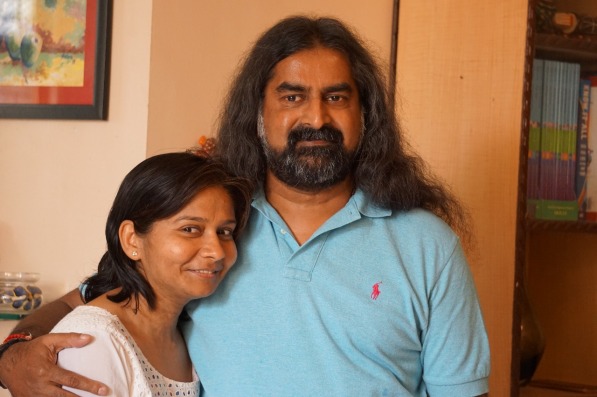 I met Mohanji for the first time when I was in Bosnia in June 2019 for the Kriya Intensive programme. I had many experiences during those 5 days that I stayed in Mohanji’s presence. He made sure that I released all the stored and suppressed emotions within me during the time I was there. Before narrating what I want to share, I am sharing something that happened before I went to Bosnia.

Here in Finland, we have a couple of Shirdi Sai Baba’s devotees and we have a small Sai Temple called Sai Dham. I know many of the people who were responsible for starting and maintaining Sai Dham here. One of them is an Indian lady called Deepa, who is also my neighbour. We had met a couple of times and she was an acquaintance. Before going to Bosnia, I had a dream where I saw myself in an ashram and I also saw Mohanji there. I felt that I was there to get initiated for Kriya and Mohanji assured me that I will be initiated when the time was right. I also saw Deepa, my neighbour, in the ashram. A couple of days later, I met Deepa and informed her about my dream. She was unaware of Mohanji, but she is a true devotee of Sai Baba. During those days, I was doing the Power of Purity (PoP) meditation regularly and could feel a lot of positivity within. During one of our conversations, I informed her that I was doing a meditation that was helping me a lot. After a few days, she messaged me saying she wanted to meet me to know more about the meditation. I welcomed her and told her whatever I knew. I also told her, once I was back from Bosnia, I was willing to help others do the meditation. Maybe I will know more after my visit.

When I was in Bosnia, I bought a bracelet and got it blessed by Mohanji for her. I just felt that she needed it. When I returned to Finland, the very next day, I knocked on her door to give her the blessed bracelet. To my surprise, she immediately hugged me and then said that she could feel so much positivity within me. I knew it was Mohanji’s energy. I had a deep yearning to start Mohanji’s awareness in Finland and started organising meditation sessions in Sai Dham. My neighbour Deepa was the first one to join and she felt blessed by attending the PoP meditation.

Mohanji on how to surrender to Sai baba

The second person was a lady called Priya di by most of us, who is one of the first people to take the initiative to start Sai Dham in Finland. She hugs me every time we meet and she has so much of motherly love that I always liked to be in her company. Once a month, we spend an evening in Sai Dham doing bhajans and aarati for Shirdi Sai Baba. I visited one of these events in June. As I entered the temple, she hugged me as usual. But this time the hug was much longer than usual. I soon informed her about Mohanji and my Bosnia visit. She was very happy and told me she felt something was different in me when she hugged me today. She hugged me again and said that she could see Sai Baba while she was hugging me this time. I felt so blessed and thanked Mohanji and Baba Sai for enabling others to feel the Masters’ presence through me.

The views, opinions and positions expressed by the authors and those providing comments on these blogs are theirs alone and do not necessarily reflect the views, opinions or positions of Mohanji, Mohanji Foundation, it’s members, employees or any other individual or entity associated with Mohanji or Mohanji Foundation. We make no representations as to accuracy, completeness, timeliness, suitability or validity of any information presented by individual authors and/or commenters on our blogs and will not be liable for any errors, omissions, or delays in this information or any losses, injuries or damages arising from its display or use. 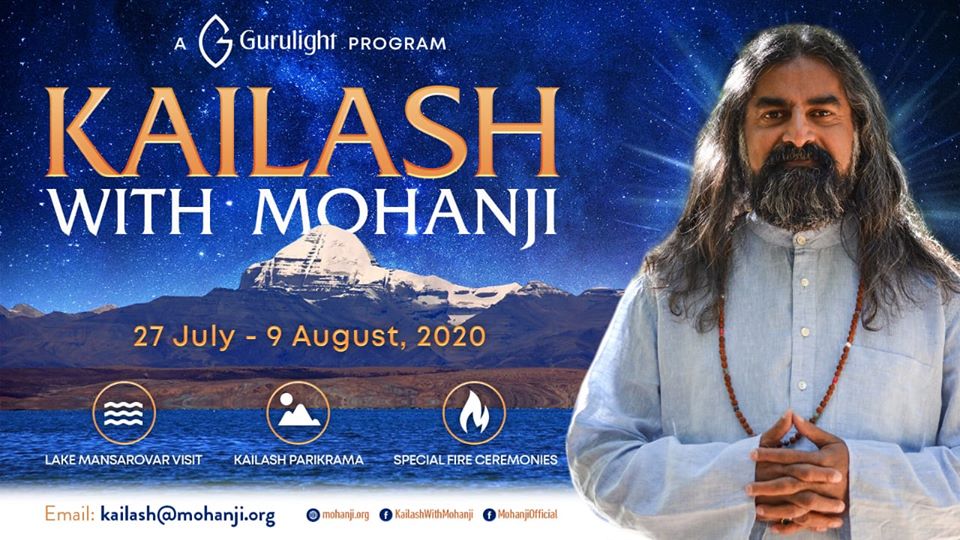