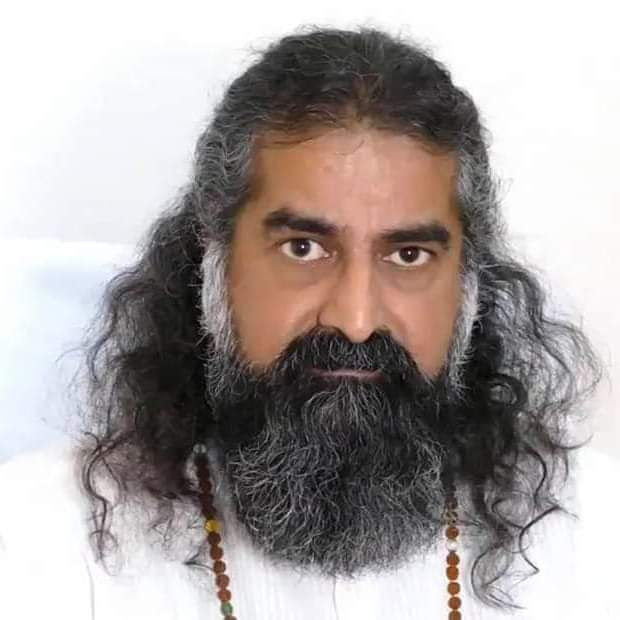 It all started in April 2020 during the confinement period due to Covid-19. I went to many Masters till 2009; although I was practising, I did not seem to evolve on the spiritual path and I was getting quite frustrated. Sometime back in December in 2019, an old friend kept talking about Shirdi Sai and the experiences he encountered, but I just listened casually. 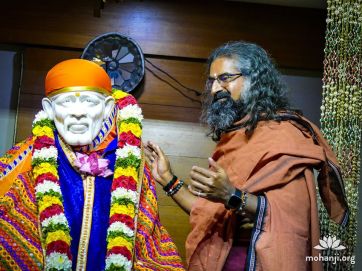 In March 2020, after the lockdown was announced, I thought why not read a bit on Shirdi Sai and I google-searched him and his teachings. I came across the famous and holy book Sai Satcharitra, which I asked my friend to lend me to read. Reading through the pages, I started developing faith in Baba. I started doing Baba’s naam jaap and asked him to give me his darshan. I was also watching Youtube videos on Sai Baba devotees and came across Mohanji’s experiences with Baba.

One night during my meditation, I kept trying hard to see Baba’s face but instead saw Mohanji’s face. Again, I tried to see Baba but saw Mohanji and I felt a strong connection especially on my forehead region. Days later, again in meditation, I saw Mohanji and felt my breath going up and down the spine. Then I understood that Shirdi Sai wanted me to connect to Mohanji. From that time, I started reading everything on Mohanji, his experiences, his blogs, his meditations. I went through all Mohanji’s pages on Facebook and whatever the country, I followed the FB pages. 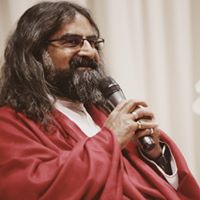 I felt I needed support as I was all alone and I knew no one in my country who was connected to Mohanji. I did send messages to a person in my country but there was no reply. I started to practice Power of Purity (POP) and 360 degrees meditations. While reading about the Mai-Tri method, I felt I needed to do it. The occasion appeared in May when I saw an invitation for group Mai-Tri with Preeti Duggal. I enrolled and went through the transformative process. The next day I called Acharya Preeti and again related to her my experience of coming across Mohanji and told her, “Please, when you meet Mohanji give him all my love.” In my mind, I thought that I have never met Mohanji physically, will he know I exist? I wanted to see/hear from Mohanji.

Few days after the Mai-Tri session while scrolling through pages of Mohanji, I came across the invitation for ‘The Power of Forgiveness’ boot camp. I eagerly enrolled and we got the instructions for the boot camp day by day. It was such a well-designed programme with meditations that were well spaced, the reading part for each day, the selfless seva (service) to animals, and the Mai-Tri sessions done out of so much love.

The first day, I had a few queries and that is when I came across this beautiful and selfless person, Mohanji Acharya Lakshmi. I went through this boot camp with all her support and love. Some days, I felt strong emotions surfacing with lots of energy that I could not sleep and she kept guiding me. The 5-speed breathing told by Lakshmi had instant effects. Immediately, I could feel a change in the body’s vibrations. During the boot camp, my thoughts kept drifting to Mahavatar Babaji and I could see his image clearly in my mind. I even related this to Lakshmi as I thought my mind might be playing tricks but she told me if the thought is on Babaji, it means that I am connected to him. I realised that she was sent by Mohanji to guide me.

On the last day of the camp, she told me that Swamiji will do a live session of Mai-Tri on zoom. Initially, I thought I would do that the next day as the time in my country would be 9 pm and my mind was telling me to postpone. Then by afternoon, something told me to go through it. I went through the Mai-Tri process which was conducted by Swami Mohana Bhaktananda Bharati. As he guided us through the intense mantras of different deities and gurus, I felt intense energy and a lot of emotions came up. Swamiji kept telling us to release in whatever way; screaming, crying, shouting, even cursing, if we feel like releasing. I went through all these processes and at the end of the process, I felt much lighter.

The next day, I felt a lot of anger and irritation surfacing but Lakshmi reassured me that things were getting released. That day, I sent a message to Swamiji to thank him for the Mai-Tri session and I was overwhelmed when he replied to my message by saying, “All this happened due to your devotion and love and you have a special place in Mohanji’s heart and he is sending a bit of extra love to you.” It was as if through Swamiji, I got the answer to the message I sent through Preeti Duggal on sending my love to Mohanji.

The next day, after boot camp, I asked Lakshmi if Swamiji has written or said anything about his transformation with Mohanji or if there was any blog that he had written and if he was a ‘normal person’ before he became a Swamiji. After some minutes she told me, “You are lucky! Tonight, he will talk on his transformation on Mohanji page.” Listening to Swamiji gave me immense faith and conviction that for every person irrespective of his past weaknesses, we can all be transformed.

This boot camp has indeed been very special and full of love. I was guided step by step by Mohanji through Acharya Lakshmi and other Acharyas. 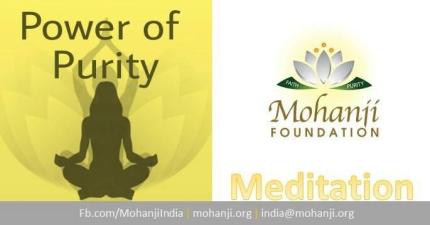 Soon after, I sent a mail concerning a query I had in meditation to Mohanji Acharyas. At the same time, the 41 days of PoP was being launched and they asked me to join. I did join in and the energy field I experienced was very different from the PoP which I practice when I am alone. I felt an intense silence that was growing after about 7 days of practice.

During that period, something strange happened. I asked Baba when he would give me his darshan. That day, I invited a friend of mine to come home the next day at 3 pm. He casually said he had a surprise for me. At first, I thought it was a material item but later that night, I had a strong thought in my mind where I heard Baba saying that he will come to my house tomorrow. At the same time, it occurred to me that the surprise was about Baba. I told my friend, “Tell me, the surprise is Baba, right?” He was taken aback and said, “How did you know?” He also added that before I told him to come to my house, the night before, he ordered Baba’s photos and the shop told him they would be ready at the same time and day I asked him to come to my house. I was filled with joy understanding Baba’s grace and I remembered the story in the Sai Satcharitra where Baba gave his darshan through his photo to a devotee.

I can only say that I feel blessed and grateful that in a short period, I have been offered so many opportunities by the grace of Masters of the Tradition to accelerate my growth and evolution on the spiritual path. 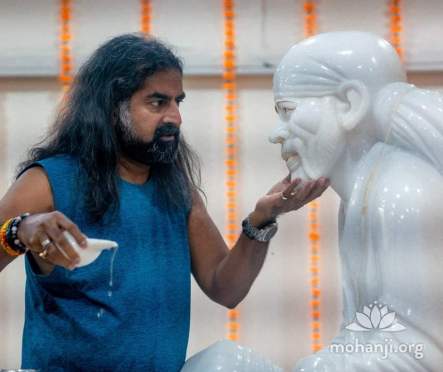 The views, opinions, and positions expressed by the authors and those providing comments on these blogs are theirs alone and do not necessarily reflect the views, opinions or positions of Mohanji, Mohanji Foundation, it’s members, employees or any other individual or entity associated with Mohanji or Mohanji Foundation. We make no representations as to accuracy, completeness, timeliness, suitability or validity of any information presented by individual authors and/or commenters on our blogs and will not be liable for any errors, omissions, or delays in this information or any losses, injuries or damages arising from its display or use.

One thought on “My encounter with Mohanji”